Warner Pacific provides insurance agents with sales assistance, innovative technology and back-office support — the tools you need to grow your business in a rapidly changing marketplace. With strong leadership and a focus on building and deepening our relationships, we have become a top-producing general agency for many of the nation’s largest insurance carriers.

Our staff of 350+ seasoned professionals serve
more than 70,000 employers representing more than
$4 billion in premiums.

Warner Pacific has the size, expertise and carrier relationships to bring our clients a robust portfolio of products and a competitive edge.

We’ve invested not only in our people, but also in our technology. Our consumer-centric tools are proprietary — exclusive to Warner Pacific — and built on broker needs and feedback.

When you partner with us, you enjoy access to a dedicated team of specialists who are here to make sure everything runs smoothly, from the first contact through enrollment.

Warner Pacific is a family-owned organization with the independence to always act in the best interests of our agents and carrier partners. At the core of our success — and that of our clients — is an experienced, committed, and ethical team of professionals who deliver unparalleled service. Our employees embody the values of Warner Pacific’s owners, John and Dave Nelson, and make Warner Pacific the company it is today.

Our team is an extension of yours. We’ll help you shoulder your open enrollment, back-office and administrative work so you have more time for what you do best — selling. All our company’s resources are organized around you and your business.

We are known for:

Warner Pacific’s leadership team shares two common characteristics:
a passion for problem-solving and a long tenure of carrier experience.
Most of our team members have been with us for years, and
we take pride in nurturing their eagerness to serve and succeed. 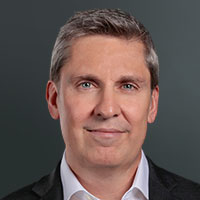 Rick has been a member of the Warner Pacific team for almost nine years. Prior to that, he worked at Torchmark Insurance Corp., and well before that, he was a drummer in a Seattle grunge band. Having been involved in all three states where Warner Pacific operates (Colorado, Texas and California), Rick has had the pleasure of working with all his fellow Warner Pacific Sales Executives and their brokers. In his off time, you can find Rick floating on a pontoon on Old Hickory Lake near his Tennessee home, listening to country music with a lot of rock 'n' roll mixed in.

Over the years, Warner Pacific has grown to be a trusted and top-producing
General Agency by placing our agent partners first. Our core values and the spirit of
family set us apart, and continue to define our company in everything we do.